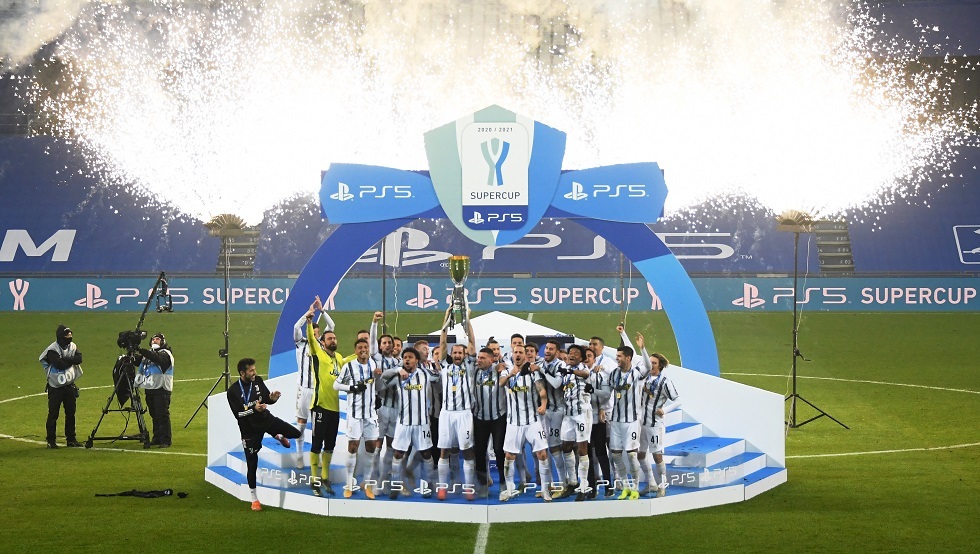 The Juventus team was crowned Italian champions in the Super Cup at the expense of Napoli, beating them (2: 0) in the final that gathered them on Wednesday night, at the “Mapei” stadium in Reggio Emilia.

Juventus owed the credit for the victory to the Portuguese star Cristiano Ronaldo, who scored his first goal in the 64th minute, and with the final whistle, he contributed to the second goal of his colleague, the Spanish striker Alvaro Morata.

Ronaldo achieved his name in golden letters in the history of football, scoring this goal, as “Madeira Rocket” raised its score to 760 goals in official matches, to be the best scorer in the history of the round witch, breaking the record set on behalf of the Austrian-Czech player Joseph Bikan, who scored 759 goals in his career.

Ronaldo crowned the 31st title in his professional career, and for the second time with this title in the “Bianconera” jersey, after leading him in the first season with the “Juventus” team to beat Milan, in the final in 2018, achieving the only “golden” victory in the 61st minute. From the time of the match that gathered them in the Sports City of King Abdullah “The Radiant Jewel”, in Jeddah, Saudi Arabia.

For the ninth time in its history, Juventus raised the Super Cup, a record, increasing the difference to two titles between him and the vice-champion of Milan, followed by Lazio and Inter from Milan with 5 titles each.