Oil retreats a bit before the OPEC meeting 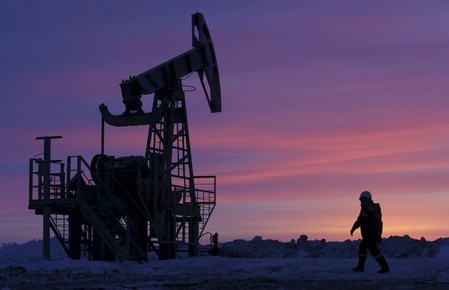 New York (avp / afp) – Oil prices fell on Friday in an undecided market ahead of a continuation of a meeting on a production limitation agreement between the Organization of Oil Exporting Countries (OPEC) and other producers, including Russia.

North Sea Brent crude oil for delivery in May closed at $ 67.16 at the London Intercontinental Stock Exchange (ICE), which is 7 cents less than Thursday.

On the New York Mercantile Exchange (Nimek), the crude oil barrel (VTI) for the April contract sold 9 cents to 58.52 dollars.

Some OPEC representatives will meet this weekend with their counterparts in Baku, Azerbaijan to assess the market situation and the effect of their voluntary cuts in production, which were boosted in December.

"Traditionally, only measures already in place are being assessed, but this time the issue of cutting production cuts needs to be considered," said Commerzbank analyst.

The meeting of the ministerial board for monitoring Opep and non-OPEC, which will take place on Monday, has no decision-making power, but given the presence of the representatives of the two countries, Russia and Saudi Arabia, all the statement will be considered by the investor.

"OPEC will have to continue its efforts if it wants to avoid a surplus of supply," said Stephen Brennock, an analyst at PVM.

"The OPEC Secretariat called on manufacturers (on Thursday) to tell them to shut off at all costs too much of the market," analysts say.

"It sounds like a call for a reduction in output by the end of the year that will end in mid-2019," they added.

It is expected that OPEC and its partners will hold two plenary meetings in the coming months, in April and June, in Vienna.

Despite their decline on Friday, prices remained at the same level, Brent took 2.16% and VTI 4.37%.

The market is currently struggling to find a strong direction, between the voluntary decline in OPEC production and exports, the Iran or Venezuela disruptions, record production in the United States and the risk of limited demand growth. weaknesses of the world economy.