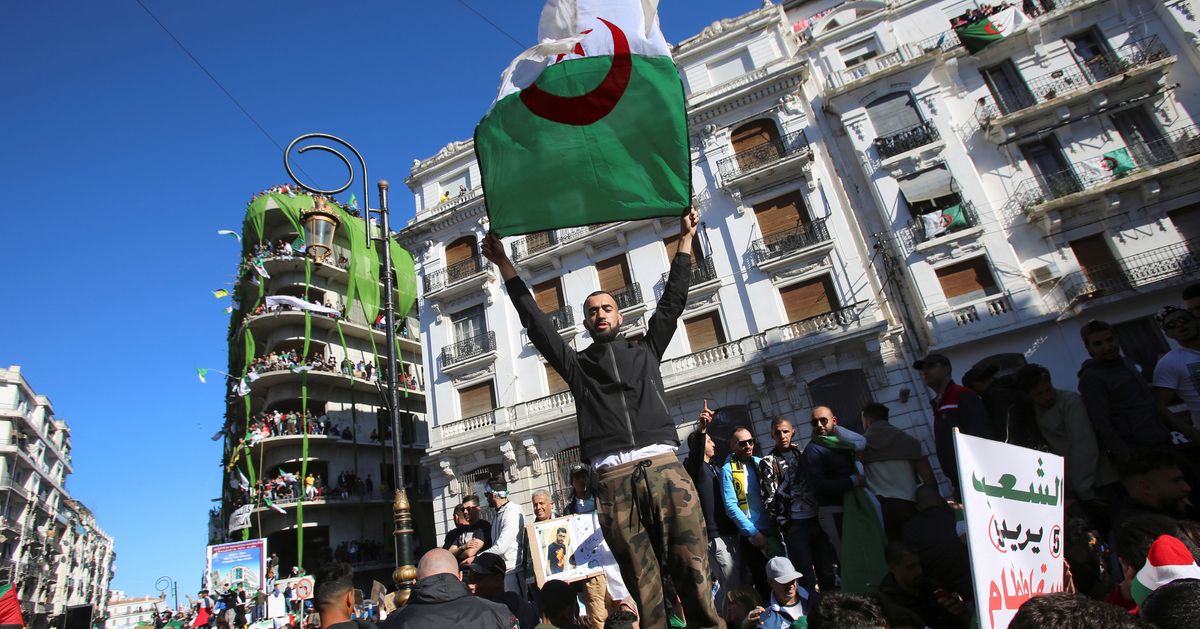 Only a few hours after his release on Ioutube, the title of "freedom", Soolking wrote in particular in solidarity with tens of millions of Algerians who are demanding a fall of the regime every Friday, the song is already a huge box on ioutube and it has been viewed over three million times.

On Friday, the song took the hearts of tens of thousands of Algerians at the site of Meissonnier. Indeed, the young people in the neighborhood installed a huge sound system that emitted the tube while the demonstrators arrived from Sacra Coeur to the head of the Grand Poste. "Freedom, freedom is the first in our hearts," "freedom does not scare us", demonstrators who stopped listening to the title. "It's wonderful," the names are happy, the twenties come with a group of girls and they continue at the top of the chorus.

Soolking, his real name Abderrauf Derradi, recorded this title to show his solidarity with tens of millions of Algerians who have demonstrated since February 22 for the fall of the regime. In 24 hours, he already has 3438792 views of this tube in his official account.

An artist who became a true musical phenomenon in France, thanks to the title "Dalida", which roamed on the radio and recorded 147 million views, sold more than 82,000 copies of his first album "Le Fruit Du" demon "The One Who was the drummer in the rock band, modernizes rai music by mixing sounds between rai, hip-hop mixed with French variety with reggae, soul, funk. Today, the stars in the middle tear it apart to cooperate.Jul, Soprano, Lacrim, Alonzo, Master Gims have already Complaints.