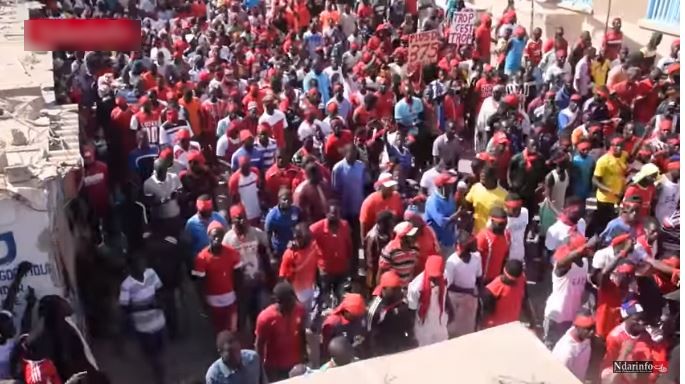 Barbarie (Saint-Louis) fishermen fought on the asphalt this morning against the unfulfilled promises of President Macky Sall. Instead of the Guet-Ndar fishing pier, they were strongly mobilized by the Saint-Louis fishermen who were reinforced by the colleagues of the neighboring settlements. More attention is paid to the government and the start of work to mark the gap announced by President Macky SALL. Fishermen are also urged to release some of the comrades detained in Thiès after their arrest in September. Guinea.