BRNABIC FOR CNN: Serbia is changing, going very fast in the right direction and I'm proud of it! 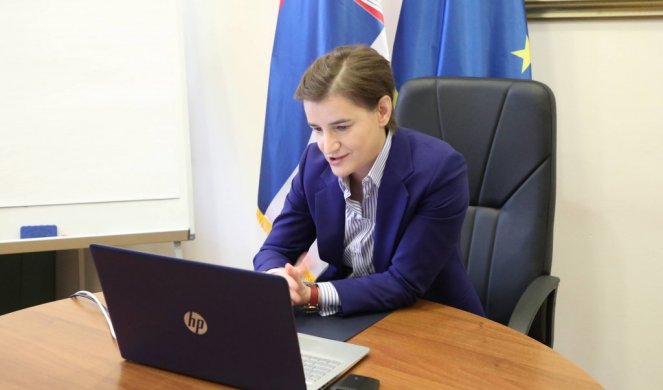 – Serbia is changing and we have to deal with the wrong perceptions about Serbia that originate from the past. Serbia is heading in the right direction and I think very quickly and I am proud of it – the prime minister said in an interview during her stay in New York at the UN General Assembly.

Asked how he explains what, as Zacarias said, is a conservative Orthodox country like Serbia, has many women in parliament and prominent positions, in a percentage that is among the largest in the world, she said that it is nice to see.

– In some things, such as women's empowerment, politics leads, although it should be a business. We have a president of a woman parliament, a governor of the NBS, I am here as prime minister, we have a very powerful minister in the government – Brnabic said.

– We really have strong women in power and it's nice to see – she added.

Noting that her personal story is still different from others, because Brnabić is not only a woman, but also a gay woman, Zachari asked him if there was opposition to her appointment as prime minister.

– From the first day I have faced the resistance of some religious communities, some opposition parties, and even parties that support the ruling coalition, but for me and my government I did not vote for my sexual determination – Brnabic said.

Nevertheless, she stressed that, despite this, she had the enormous support of President Aleksandar Vucic.

– On the other hand, I had the tremendous support of the country's president, who is at the same time the leader of the largest political party that supports me in the government and parliament. Without this great support we do not believe that I could become prime minister – Brnabić concluded.

Asked if she had experienced attacks on social networks, she responded affirmatively and added that she had done it with her life and work harder because, as she pointed out, you need a special focus and strength not to pay attention to it and focus on what is It is important, what is my job, and what will I be able to do for the citizens of Serbia.

She added, however, that she wants to see people's reactions, because then she knows how others feel she does not have the support she had.

– Sometimes I am really tired and depressed, but on the positive side I enjoy every little success we have as a government and state and gives me the strength to continue – the Prime Minister emphasized.

On the personal question of how difficult it was to grow up in Serbia as a gay person, Brnabić said that she was happy with the full support of the whole family and all friends.

– For me, growing up in Serbia was similarly growing anywhere. I am not the best person to talk about, but if you know who you are and continue to live with, other people learn to deal with it and learn to accept it – Brnabic said.

But, she added, it is obvious that the support of family and friends is of the utmost importance.

– If I, as the premier of an open gay woman can help a bar to one person in Serbia or elsewhere in the region or the world, I feel better for myself, then I think I did a lot – said Ana Brnabić.