(PHOTO) Serbian students made a hybrid electric vehicle, which goes up to 100 NA SAT and the combination is "KUADA" and "SOUTH" 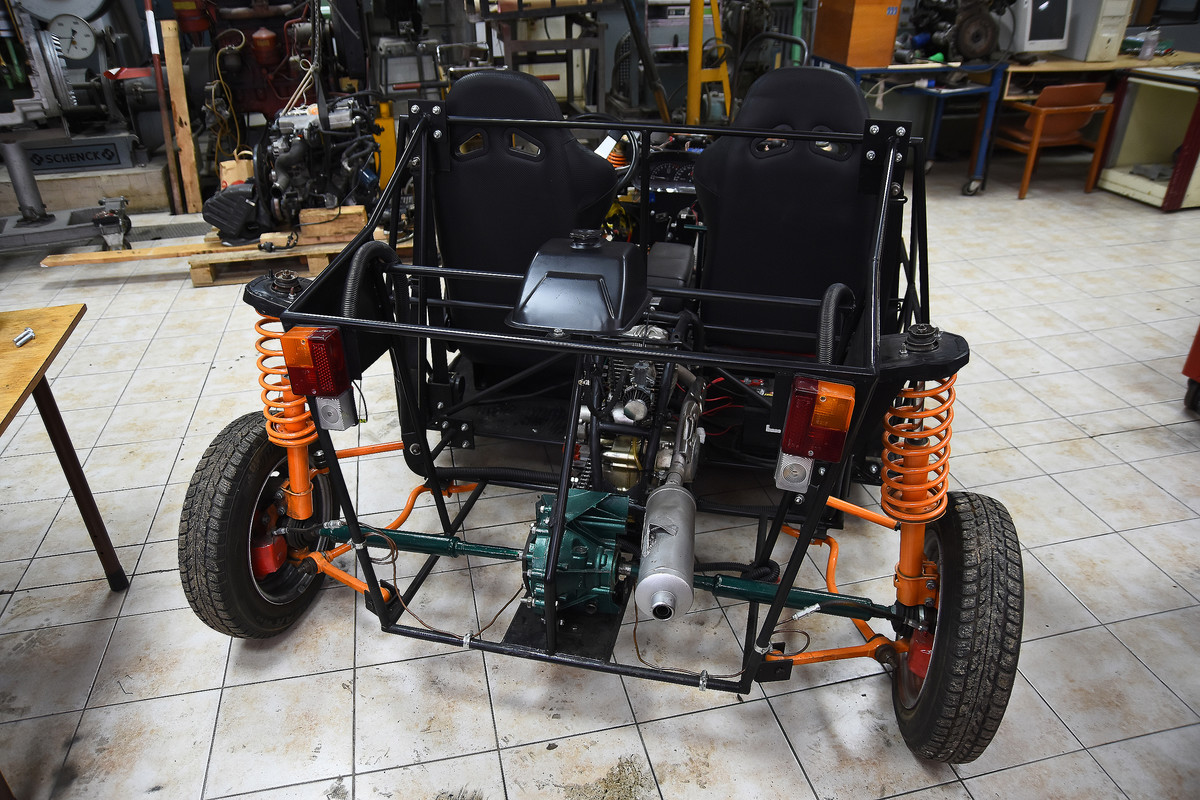 Students of the Faculty of Technical Sciences in Novi Sad, with the help of their mentors from the Department of Mechanical Engineering and Constructive Engineering, made a unique hybrid electric vehicle that recently had the first test drive.

This unusual car called "Hermes" is a result of the hard work of several students who took about a year and a half to realize this idea.

What makes this unusual vehicle look like, and how the students went to make it, look at our gallery.

As the Assistant Professor Boris Stojic explained to us, the idea of ​​this project came from students and professors of the Department who want to improve their teaching so that academic workers can practically apply all the theoretical knowledge acquired during the studies.

– Now we can finally say that our vehicle is almost complete and fully functional, but our basic idea is that it is the basic platform for scientific research and professional development of students who should include some of their new ideas in this project. That's why, when designing a load-bearing construction, a modular approach has been chosen in order for future generations of students to work more easily in later modifications and vehicle improvements – says our interlocutor.

He adds that this project is a good example of interdisciplinary approach and cooperation among students, because the help in the realization of the idea was provided by academics and employees from the Department of Graphic Engineering and Design and the Department of Production Engineering.

– This is because we were guided exclusively by enthusiasm and desire for additional work, we had help from different sides, and with these modest means we collected different parts. The front axle "Hermes" is powered by two electric motors on wheels, and the last petrol engine "Kuad" with mechanical transmission. We borrowed skyscrapers, traps and some additional parts from the "south", and the design was designed by the students themselves, so now we have a vehicle that can develop a speed of about 100 kilometers per hour – says Stojic.

He adds that the funds for the realization of this project are very modest and do not exceed the estimated amount of about 200,000 dinars, but that its value for working with students is priceless.

– The idea itself came across the support and approval of various parties, but a small number of those who were willing to help us in financial terms so that our budget would be modest. However, judging by the reactions of students who still can develop this vehicle and learn this project on it, it is invaluable. That's why we will struggle to get more resources to help students who have great ideas to get the necessary components and upgrades to Hermes – adds Stajić.

He adds that for the production of such a vehicle such a vehicle would require strong industrial equipment and that this is a major issue of its economic viability, because "Hermes" is currently unable to register or categorize according to the current legal restrictions in force in our country, but There are certainly plenty of plans for his further development.

Check out the gallery