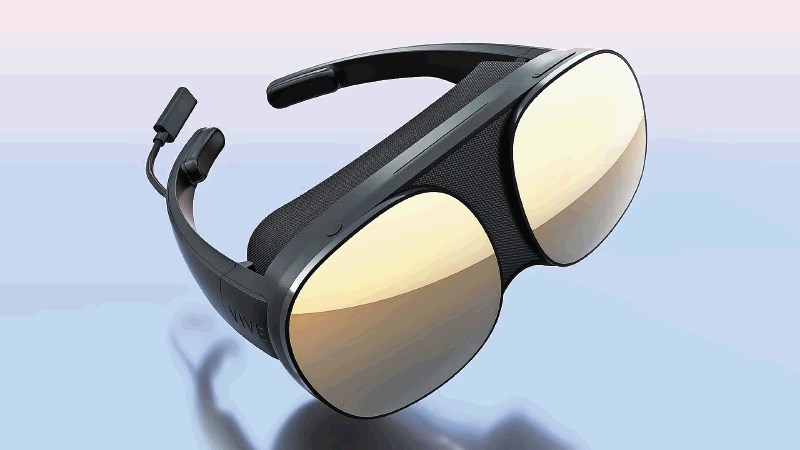 Since vive flow is not inspired by ski goggles, they are not suitable for action games. (Photo: HTC)

The Taiwanese technology company says that the target audience of Vive Flow is older and less focused on playing video games. Part of that is reflected in the design of the device that we wear as ordinary goggles, and not as ski goggles with a tightening belt. The absence of a tightening belt means that the glasses with vive flow are less stable on the face and therefore less suitable for activities that require movement. A single jerky turn of the head could move them through the air. So, action video games are definitely out of the question. However, with a weight of 189 grams, they are significantly lighter than Facebook’s oculus quest glasses, which weigh about half a kilogram.

If action games, which are among the most popular on the VR video game market, drop out, what motivates someone to buy virtual reality glasses? At HTC, they bet on users who are interested in virtual reality technology, have a deep enough pocket, but want a simpler experience, including streaming videos and meditating in virtual reality. HTC predicts that about 100 apps will be available for the device when it comes out, and about 150 by the end of this year.

The device has two LCD screens with a diagonal of 5.3 centimeters (2.1 inches) and a resolution of 1600×1600 per eye. The screen refresh rate is 75 hertz (Hz), and the viewing angle is 100 degrees. The device runs Qualcomm’s kr1 processor, has two cameras to detect head movements, and an external power source must be used for power, such as a portable battery (power bank). The internal battery of the glasses is enough for only a few minutes of use and is intended only for bridging the time during the replacement of external batteries. The control handle is an android mobile phone. The device will not work on iPhones when released.