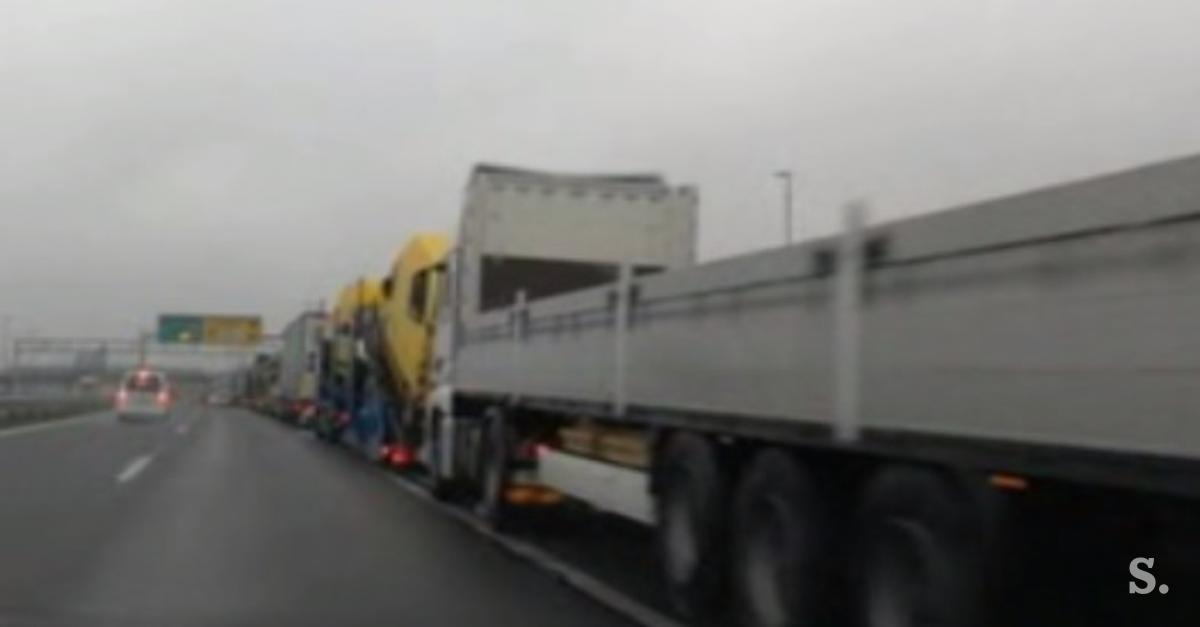 Today, police officers are increasing strikes by inspecting freight vehicles at the international border crossings Obrežje and Gruškovje. On both sides of the state border there is already a long column of trucks, said the police union Radivoj Urosevic.

Since Friday, when the police union of Slovenia and the Slovenian Police Union announced that an attack on the strike had been announced, they did not receive any invitation from any concrete government text or contradictory punishment due to the demands of the strike, said Urosevic, who leads the Slovenian Police Union at today's press conference at the border crossing Obrežje.

The strike continues and similar escalations will continue somewhere else in other forms of police work, he announced.

The burden of trade union activities on Obrežje and Gruškovje started this morning at 8 am and will continue until the strike ensures that it does not burden the overcrowded policemen and other citizens crossing the state border.

In police unions, the government's response is expected this week.

Secretary General of the Slovenian Police Union of Slovenia, Sebastjan Korošec, said about the tactical measures presented today that police at the border are more fundamental and slower than usual checking trucks. Asked how to exacerbate the pressure, he replied that the "set of measures" was large and that "everything was possible".

They report to the government that they intend to sit with them and "stop planting flowers." At the same time, Korošec stressed that police officers want to resolve issues as soon as possible and that the strike is over.

According to a press statement following a strike by the strike trade union committee, negotiations with the government negotiating team were halted. They tell the government that they will no longer play blind mice and have enough arrogance and empty words.


The statement of all Slovenian policemen began on October 1. The police union requires, among other things, the re-establishment of the ratio of earnings of comparative professions. With the strike agreement in 2016, the union reached a deal with the government on higher wages, but a year later, within the abolition of salary anomalies, a better job evaluation for other authorized officials was established.

At the same time, they demand a special award for each year of work done, a fee for duty at all times, an assessment of the prohibition of membership in political parties and the elimination of anomalies in old age for work and retirement.

Sharec: A decisive day for negotiations with trade unions in the public sector

In the meantime, Prime Minister Marjan Šarec said negotiations with public sector unions are in the final stage. According to him, today is the key day of trade union decision. "Our resources are limited, we can not go to heaven with numbers," the prime minister warned.

Today, the government negotiating team continues to negotiate with public sector unions. In the morning, in separate negotiations, they met for the first time with health unions, and representatives of the strike board steering committee led by Jakob Počivaszek left the meeting after an hour, as the government refused to discuss the point that was crucial to them. That is why they will not be in the afternoon's joint meeting, which the government called trade unions today.

The police union, whose members have been hit since October, has also been invited to the government, but today the strike is intensified by a more detailed inspection of the truck. Sharets said the police understand and will try to solve their problems in the most constructive way.