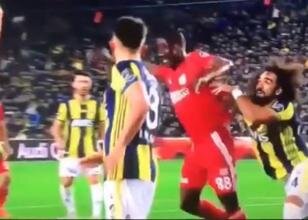 Fenerbahce – Sivaspor for 26 minutes on a tartal position.

The Sivaspor Front was a punishment for objections, but the judge said he continued. In the away team, football players also complained to VAR.