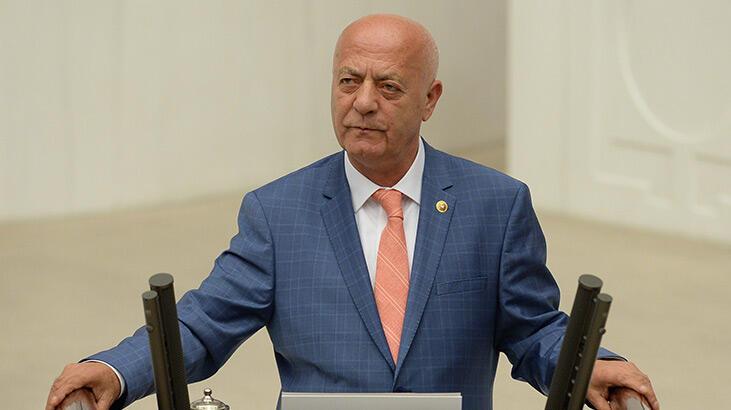 Ucma, who was a member of the AK Party for the 24th, 25th, 26th and 27th terms, died in the hospital where he was treated for some time. Uchma’s funeral will be buried in Karacaahmet Cemetery, after the funeral, which will be held tomorrow at noon in the Theological Mosque of the University of Marmara.

Vice President Fuat Oktaiissued a message of condolences to AK Party Istanbul deputy Ismet Ucma, who lost his life in the hospital where he was being treated. On his social media account, Oktai shared: “I learned with deep sadness about the death of our AK Party deputy from Istanbul, Mr. Ismet Ucma. I wish God’s mercy on the deceased, my condolences to his family and relatives. May he rest in heaven.” .

Mustafa Sentop, President of the Grand National Assembly of Turkey: Our brother Ismet, whose gracious contributions not only to our political world, but also to our cultural and intellectual life, and to our culture of life, will not be forgotten, was blessed with mercy. Beautiful and independent life, beautiful death …

Communications Director President Fahrettin Altun: I am deeply saddened by the death of our respected brother Ismet Ucma, one of the leading figures in our field and an elder in the world of publishing. Rest in peace…

Interior Minister Suleiman Soilu: Our AK Party MP Istanbul, Mr. It was with great sadness that I learned of the death of Mr. Ismet Ucma. May God have mercy on the dead brother Ismet; My condolences to his family, relatives and our nation.

Mevlut Cavusoglu, Minister of Foreign Affairs: With great sadness, I learned about the death of our older brother Ismet Ucma, one of the founders of our party, our business and companion, our deputy in Istanbul. I wish God’s mercy on the deceased, sympathy and patience to his family, fans and our organization. Rest in peace.

Mehmet Mus, Minister of Trade: With great sadness, I learned about the death of our Istanbul governor, our esteemed elder Ismet Ucma. May God have mercy on him, I wish my condolences to his fans and family.

Abdulhamit Gul, Minister of Justice: I am deeply saddened by the loss of our Istanbul deputy, Ismet Ucma, our school of wisdom and wisdom and a beautiful person. I’m sorry for your loss. May God rest in his place in heaven.

Lutfi Elvan, Minister of Treasury and Finance: I wish God’s mercy to our Istanbul MP ​​Ismet Ucma, whose death I learned with great sadness, and condolences to his sad family and fans. Rest in peace.

Minister of Health Fahrettin Koca: In our youth, we lost our brother Ismet Uchma. He was a versatile politician with education in various fields and his intellectual identity. His enthusiastic speech was also added to his background. Early death is also divine providence. Condolences to his family and friends. I wish him God’s mercy.

Bekir Pakdemirli, Minister of Agriculture and Forestry: Our Istanbul Deputy Mr. Suddenly we received the news of Ismet Ucma’s death. Rest in peace. My condolences to his family and all his loved ones. I’m sorry for your loss.

Numan Kurtulmus, AK Vice President: From this mortal empire emigrated Ismet Ucma, a true man of cause, a loyal friend and a precious brother who dedicated his life to the nation and the ummah. Rest in peace. Ali’s act, let paradise take his place. Condolences to our community.

AK party spokesman Omer Čelik: Ahh, Brother Ismet. Our hearts burned. If there was such a thing as a “beautiful person,” it was you. You were so beautiful and so wise. You were a real person, a great person. may Allah have mercy on you. You have met our Lord, with whom you are connected with true love and a pure heart.

President of the AK party group Naci Bostanci In his statement, “Dear Istanbul Ambassador, Ismet Ucma, whose wisdom and humanity we have always witnessed, has passed away. I express my condolences to his family, friends and our beloved nation. May his soul rest in peace.” said.

CHP leader Kemal Kılıcdarogluexpressed his condolences to the chairman of the AK Party Group, Nacija Bostancı, regarding the death of AK Party Istanbul MP ​​Ismet Ucma. According to a statement from the CHP, Kılıcdaroglu called Bostancı on the phone and conveyed condolences to Ismet Ucmi, who lost his life, and condolences to his family.

Istanbul Governor Ali Ierlikaia: I learned with great sadness about the death of the AK Party MP in Istanbul, Mr. Ismet Ucma. I want God’s mercy on the deceased, patience and compassion for his relatives. Let his place be in heaven, and his rank high.

He was born on January 1, 1955 in the Fatsi Horde. Ismet Ucma, a theologian, economist, political scientist and publisher, graduated from the Faculty of Theology at the University of Marmara. He received his master’s degree in “The Concept of Mediation in the Qur’an and Sunnah” at the Department of Philosophy in Kalam at the same faculty, and his doctorate in “Achilles as an Institution of Social Policy” at the Department of Labor Economics and Industrial Relations at Istanbul University.

He taught at a private school for some time. He began his publishing career in 1983 as an editor at Bir Publishing, and in 1986 he founded Sign Publications, and in 2000 Sehir Iaiınları. He was elected a member of the General Assembly of the Istanbul Province in the period 1994-1997. As one of the founders of the AK Party, Ucma was elected AK Party MP in Istanbul in 2011. He has taken on various duties in organizations such as the United Union for Distribution, Press and Publishing, the Writers’ Union of Turkey, NESCO, the ITO Press and Publishing Commission, USEV. In 1991, he received the “Publisher of the Year” award from the Writers’ Union of Turkey. Speaking Arabic and English, Ismet Ucma is the father of six children.

Altcoin season may end on this date!