At the session held yesterday in the General Assembly, a statement signed by the Speake"/> 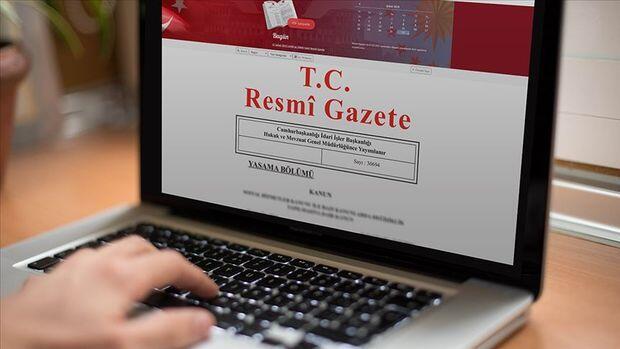 At the session held yesterday in the General Assembly, a statement signed by the Speaker of the Parliament Mustafa Šentop was read and put to the vote, AK Party, CHP, Dobra stranka and MHP gave a positive vote, and HDP Group gave a negative vote. The statement was accepted.

“With the statement of US President Joe Biden on April 24, 2021, we, as the Turkish Grand National Assembly, repent and strongly condemn the claims of the Armenian lobbies regarding the events of 1915 and strongly reject these unfounded slanders that mean nothing but distorting history with political motives. This statement of the President of the United States, who is morally unauthorized, has no effect before us.

106 years after the events of the First World War which had tragic consequences for the Turkish and Armenian people of the Ottoman Empire, the reason for such an irresponsible statement is not changing historical documents or international legal norms, but radical Armenian lobbying of the lobby. This statement, incompatible with historical facts, is an irrational and irresponsible step that does not contribute to rapprochement between people.

Turkey advocated an investigation into the events of 1915 by independent experts and historians and proposed the establishment of a Joint Commission on History in 2005 for that purpose and made its archives available to the whole world. Under the position of Turkey, which is so open, confident in its history, in favor of cooperation and the desire for the emergence of scientific facts, there is confidence to know the development process and the consequences of the events of 1915, and that it is never completely hostile to a particular public. and the recent past. In this context, no politician or government can have anything to say to Turkey, which does not hesitate to investigate its history, and on the contrary, supports any investigation of the events of 1915 individually or together.

Genocide is a concept of international law whose scope is extremely specific and its use is based on very specific conditions. Pointing to a clearly defined accusation, the realization of this concept can only be ordered by a competent court, as stated in the 1948 United Nations Convention on the Prevention and Punishment of the Crime of Genocide. There is no condition necessary for the events of 1915 to be legally defined as genocide. In addition, the decisions of the European Court of Human Rights from 2015 and 2017 made it clear that the events of 1915 could not be attributed any significance beyond the historical debate. Moreover, the attempt of a politician to pass a verdict within the jurisdiction of the courts, regardless of his title and position, is an example of legal and moral irresponsibility.

It is clear that President Biden’s statement on the events of 1915 will serve nothing but to polarize the people, support the agenda of radical extremist circles and encourage hate speech, while sincere efforts must be made to ensure lasting and sustainable peace in our region and ensure that nations live in prosperity and security. In this context, this will inevitably affect President Joe Biden’s efforts to change this misstatement, which is incompatible with historical facts and deeply hurts the conscience of our nation, to support efforts to live in peace, stability and security for the peoples of the region, especially Turkey and Armenia. people, and will inevitably have negative effects on our bilateral relations. We invite you to come back from the decision.

The Turkish National Assembly of Turkey, which we proudly celebrate the 101st anniversary, will continue to stand up for our national dignity, our independence and our history that we are proud of at every stage, against all kinds of dishonest discourse and behavior towards our beloved nation and country, with unwavering determination and determination. I hereby submit to the approval of the General Assembly that this statement is in connection with the condemnation, rejection and deviation from the statement of US President Joe Biden of April 24, 2021 and the publication of the decision in the Official Gazette. “

President Erdogan: Forest fires are an international threat like Covid-19, even a terrorist one

Emotional sharing from Doga Rutkai: I will tell my children about these heroes

A new stop for Oniekuru has been announced