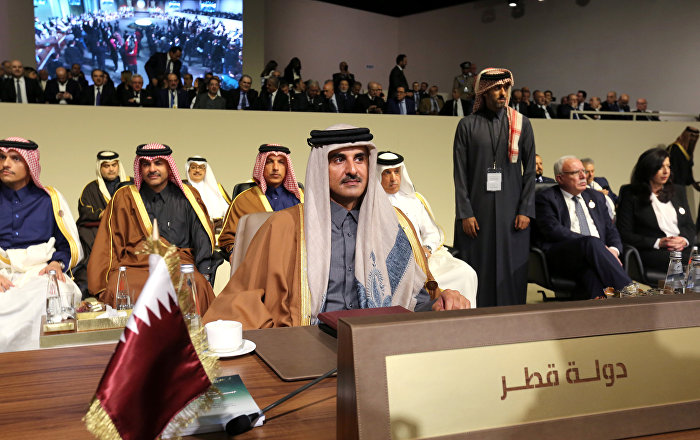 Emir Qatar, Sheikh Tamim bin Hamad Al-Thani, voiced his support for the unity and stability of Sudan during his meeting with President Omar Hassan al-Bashir.

Qatari Emiri Divan said in a statement that Sheikh Tamim held a meeting with the Sudanese president and talked about various events in Sudan.

He said President Al-Bashir reported to Sheikh Tamim about the latest events and challenges his country faces.

His Highness Amir held talks with the President of the Republic of Sudan, who discussed various events and challenges that the Republic faces and the development of the Darfur peace process, as well as the means of supporting and developing fraternal relations between the two countries. # Kena pic.tvitter.com/DIRr4F33ji

"In this context, His Majesty has confirmed the firm position of the state of Qatar in its commitment to the unity and stability of Sudan, and the latest achievements in the peace process in Darfur, thanks to His Excellency on the efforts of Qatar in its establishment."

The meeting also discussed ways of supporting and developing fraternal relations between the two countries, in addition to regional and international development.

The meeting was attended by numerous Catholic ministers, and from the Sudanese side were also attended by members of the official delegation accompanying President Bashir.