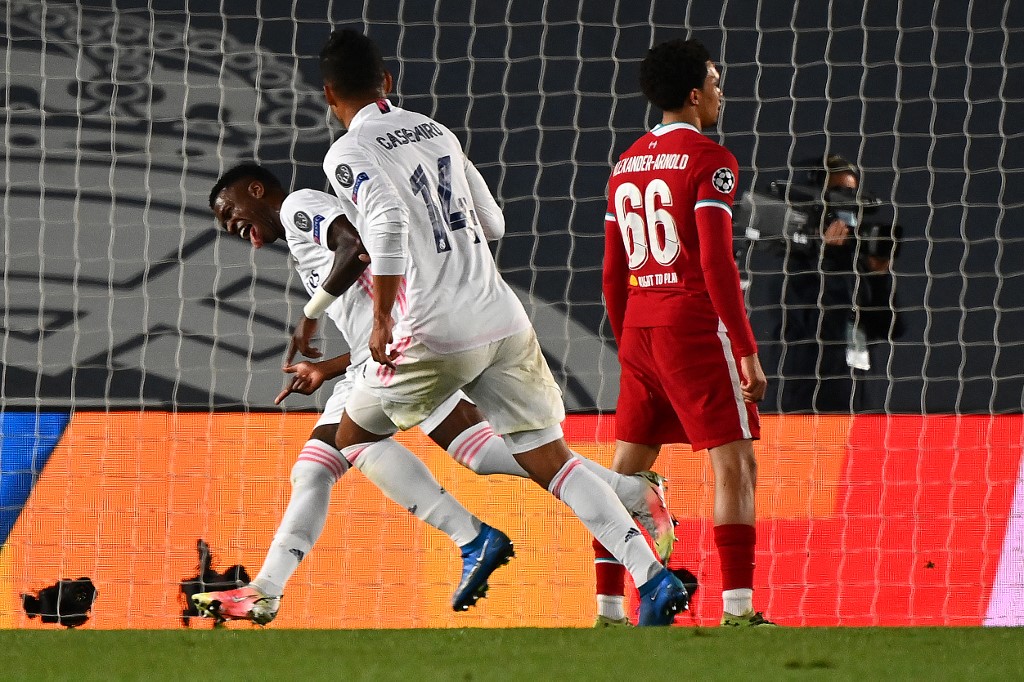 Real Madrid applied for a place in the semifinals of the Champions League football tournament after a 3: 1 victory over Liverpool in England, during the match that gathered them on Tuesday in the first part of the quarterfinals of the tournament.

Real Madrid’s goals were scored by Vinicius Junior (two goals) in the 27th and 65th minute, Marco Asensio scored in the 36th minute, while Liverpool’s Mohamed Salah scored in the 51st minute.