The Military Prosecutor's Office decided to close the general approach to all previously announced court decisions in this case.

The prosecution encrypted all court decisions in the event of explosions in the arsenal of the Ministry of Defense under the Iceni, the Chernigov region. This is stated in the response of the Military Prosecution at the request of Ukrainian news.

Thus, the general approach to all previously announced court decisions in case of explosions in Arsenal near Icneia is closed. 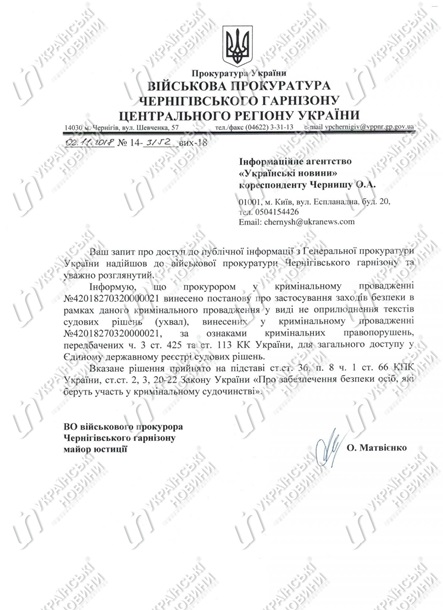 Recall that in the night of October 9, a fire broke out near the village of Druzhba, Ichnianski district, Chernihiv region, in the warehouses of the military unit A1479 of the armed forces of Ukraine.

The investigation examines three major versions of the cause of the incident, the main sabotage of the diversion group entering the warehouses, the second is a violation of the fire protection rules or the storage of ammunition, and the third is deliberate firing of fire or undermining to hide the lack of ammunition.

News from Correspondent.net in Telegram. Subscribe to our https: //t.me/korrespondentnet channel