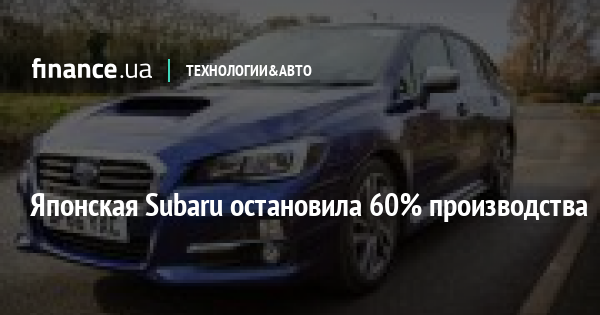 Production in the Subaru car assembly complex in Japan, which produces 60% of company vehicles, was halted on January 16th after one of the suppliers found faulty components.

On this news, Subaru quotes fell by 4%, reports Reuters.

Subaru did not specify when it will continue production.

According to Japanese Asahi, we are talking about a serious defect in the power steering. The newspaper says that the insufficient emissions probably exceeded 10,000 cars and that it already began to affect their deliveries to customers.

Invalid parts can be found in the Forester, Imprez and KSV models.

The production of all other cars also stopped, because they were built on the same line.