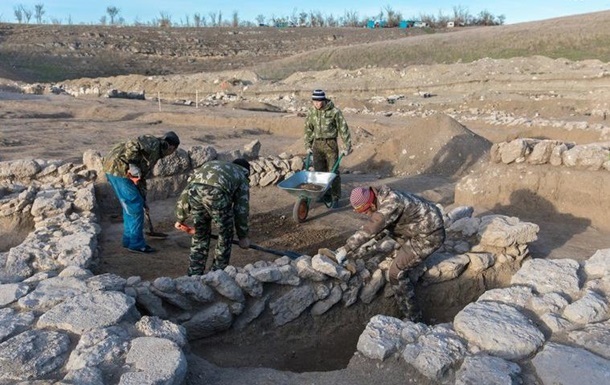 Due to illegal archaeological excavations, 28 Russian scientific and museum institutions can be subject to sanctions.

The Ministry of Temporary Occupied Areas and Internally Displaced Persons of Ukraine initiated the imposition of sanctions on 28 scientific and museum institutions of the Russian Federation, which conducted archaeological research in the merged Crimea. This was announced on May 30 by the Ministry's news service.

It was reported that some of the excavations took place as part of the construction of a transport passage through the Kerčanski Strait.

"During the period 2014-2018, the Ministry of Culture of the Russian Federation has adopted more than 90 orders for issuing permits for archaeological excavations in the temporarily occupied territory of the Autonomous Republic of Crimea and the city of Sevastopol," the ministry said.

Recall that on December 25, Russia expanded the sanctions list against the Ukrainians. The list of individuals now has 567 people, and legal entities 75.

Nevs from Correspondent.net in Telegram. Subscribe to our https: //t.me/korrespondentnet channel

300 million, cars and apartments for two: what will Gagarin share with his wife – KOMSOMOLSKAIA PRAVDA RADIO

Ukrainians will be warned about the lock a week in advance