Klimkin about observers from Russia: the issue is solved 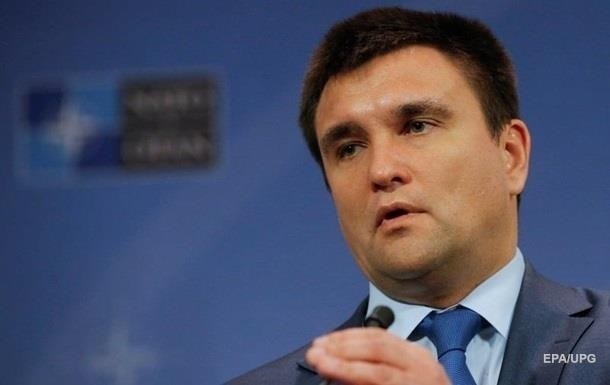 Russian observers of the election will not, Klimkin emphasized

The Minister of Foreign Affairs commented on the list of election observers proposed by the OSCE ODIHR, which included 24 Russians.

Observers from Russia, proposed by the Office for Democratic Institutions and Human Rights (ODIHR) of the OSCE in Ukraine, will not be registered for the presidential elections. On this, on Friday, March 15, Foreign Minister Pavlo Klimkin said, reports Interfak-Ukraine.

"I think this issue has been resolved, there is a political, legal and moral basis for this. In addition, the Verkhovna Rada has adopted a relevant law, so there will be no Russian observers here," the minister said.

Earlier today, the OSCE / ODIHR sent to Kiev a list of candidates for the short-term monitoring mission of the presidential election, which includes 24 candidates nominated by Russia.

Recall, on February 7, the Verkhovna Rada prohibited the citizens of the Russian Federation from being observers in the presidential, parliamentary or local elections, both personally and as part of international organizations. In this regard, the Russian Foreign Ministry announced that Russia will not send its observers to Ukraine. However, they later reiterated in Moscow that they would seek the presence of their observers in the Ukrainian elections.

Nevs from Correspondent.net in Telegram. Subscribe to our https: //t.me/korrespondentnet channel