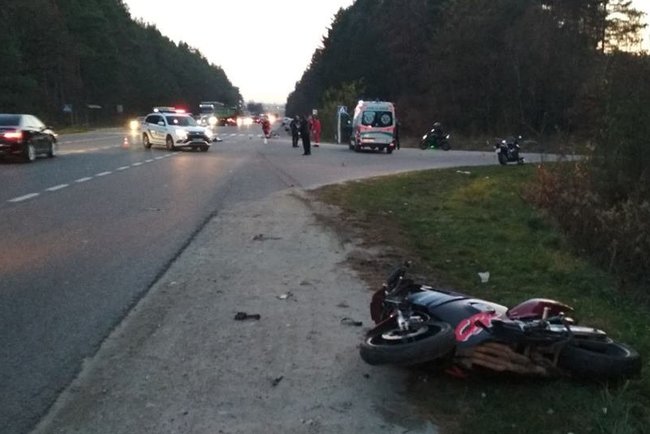 The police determine the causes and circumstances of the accident

Motorcyclists and cyclists died on Thursday for a collision on a lane in Lviv, according to the communications department of the National Police Headquarters in the Lviv region.

According to the police, the accident happened around 15.30 pm near the village of Riasano-Russkoe, the Iavoriv district. Both participants of the accident died on the spot from the injuries.

The police determine the causes and circumstances of the accident.

Earlier in the center of Zaporozhye there was an accident: motorcyclist crashed into a passenger car. The accident happened on October 18: around 17:20 on the embankment, not far from Central Beach, the driver of the VAZ car, who, according to preliminary data, was heading towards the Preobraženi most, decided to turn left and the motorcycle driver had no time to react to This maneuver and crash into the car behind.

Let's just recall the first six months of 2018 1237 people died in traffic accidents on Ukrainian roads, injured – 12.8 thousand. During this period, there were more than 68 thousand accidents, of which 9.9 thousand were with victims.

You are currently viewing the news "Motorists and cyclists died in a car accident near Lviv". Other news on Western Ukraine, see the block "Latest News"