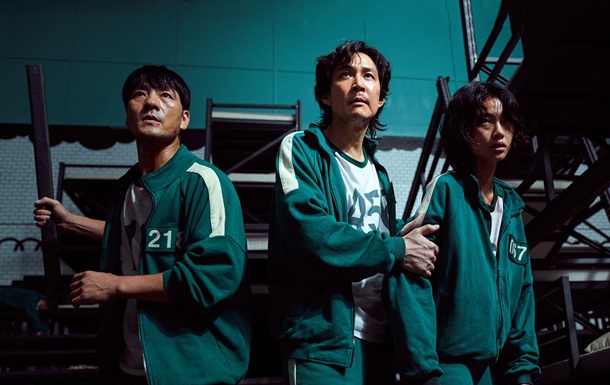 TV shows and movies similar to the Squid game

Where can you find more exciting and striking images in which people are humiliated for money and survival?

The acclaimed Netflix series The Squid Game, which criticizes human nature and capitalism in picturesque landscapes, continues to take over the world and grow into a growing universe. The New York Times has selected six more TV series and movies that will appeal to Squid fans. Correspondent.net talk about them.

The first film in the cycle is also the most difficult: the story of an unemployed man who kidnaps the daughter of a former boss in order to raise money for a kidney transplant for his sister, and that starts a cycle of tragedy that becomes sadder and bloodier with every action and reaction.

Over four seasons and 33 episodes, this creepy Brazilian series Netflix presents a vision of the future, in which some impoverished young people go through tests, interviews and games every year to see if they are worthy to join a handful of elites advancing in a paradise at sea.

Like many dystopian sagas, Three Percent is a film about how his heroes can work together to destroy a brutal system. But it is also about how the history of this world reflects our own, because those in power demand that every next generation prove that it deserves basic human rights.

The most significant film by South Korean screenwriter and director Pong Joon-ho on this list is his adaptation of a French graphic novel about a socially divided train rushing through a frozen post-apocalyptic landscape.

Most of the film press was recognized as one of the best films of the year, released on the big screen.

Like the Squid Game, the characters in this creepy, largely allegorical Spanish satire voluntarily embarked on a hellish experiment by agreeing to live in prison. Every day, a large plate of food falls from top to bottom through the center of the building, leaving each resident with only a few minutes to eat.

There might be enough food for all the prisoners, but the residents of the lower floors are starving, committing suicide or becoming cannibals, while at the top of the feast they are consuming much more food than they need to survive.

Alice on the border

Perhaps the easiest way to re-experience the same shiver as in the Squid game is to dive into the first season of a wild Japanese TV series based on the manga Hara Asa.

Set in an empty version of Tokyo in a parallel universe, Alice in the Borderlands depicts a group of reckless players drawn into a seemingly endless series of silly competitions, struggling just to survive another day.

A black comedy with elements of horror and thriller, it follows an annoying rich couple who confronts an unfortunate car mechanic named Craig with his friend Vince. Two friends, motivated by alcohol and anger, try to outdo each other in tricks that become humiliating and more dangerous.

News from Correspondent.net in the Telegram. Subscribe to our channel https://t.me/korrespondentnet