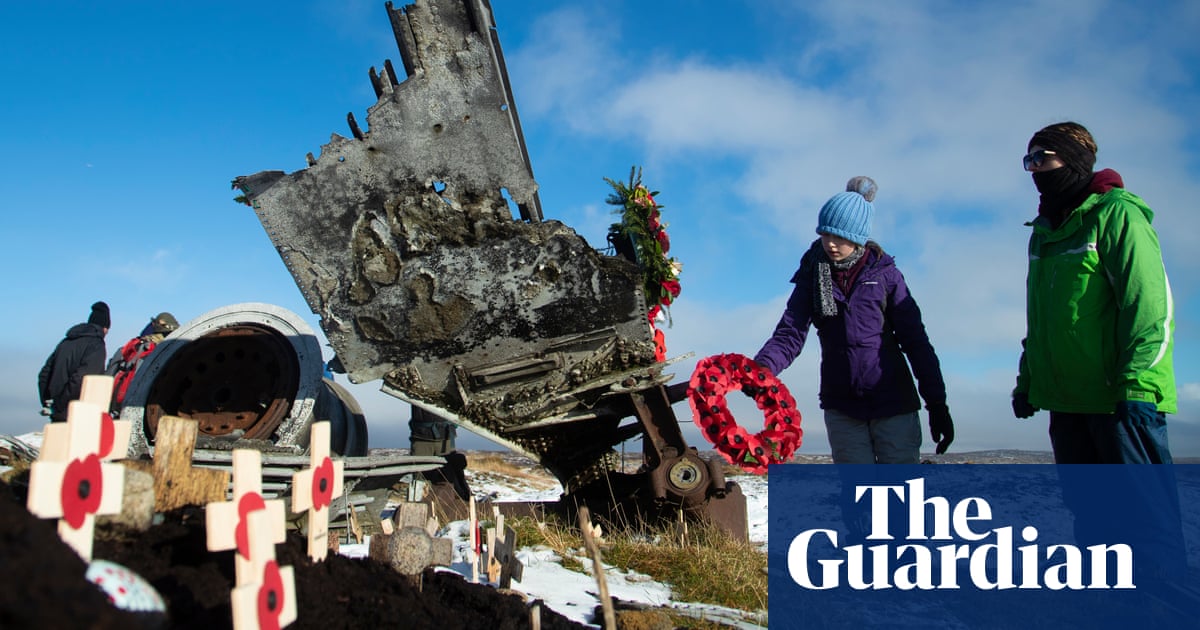 Poorly prepared “Instagram hikers” have been warned not to head to the hills of the Peak District to photograph the gruesome wreckage of the plane after mountain rescue volunteers were twice called in to help them.

The crash site in Higher Shelf Stones, on the ground between Manchester and Sheffield, contains large parts of an American military plane that crashed into the reef in fog in 1948, killing all 13 people on board.

During the lock, it became a popular place to log on to social networks, and hikers flocked to take pictures of the remains.

But as winter approaches, the nearby Glossop mountain rescue team urges wreck visitors to be prepared for bad weather and difficult terrain, following a series of recent rescues.

“The Peak District has become a big draw for visitors from Greater Manchester, Yorkshire and beyond during the recent blockade. The High Shelf Stones in particular found unlikely fame on TikTok and Instagram, thanks to its eerie and photogenic landscape, where the natural beauty of the area contrasts with the wreckage of the collapsed B29 Superfortress, leading to two three-hour incidents over the weekend, on top of one the day before near Crowden “, said the volunteer group on Facebook.

“Visitors should be aware that social media only broadcasts half the story,” said team leader Patch Halley.

“Always check the time before you go. Conditions can change without warning at these elevations, and a low cloud can drastically reduce visibility. It is easy to disorient and get wet, and then hypothermia can occur. And don’t forget to allow enough time to return before sunset, because the conditions under your feet will become stagnant, and navigation will be almost impossible. Be sure to bring food, water, a torch, a map and a compass. And rest assured that you can use them. “

The Glossop team also asked walkers to tell them if they were able to get to safety before help arrived, after they lost time twice last week looking for hikers who were already home.

In one case, dozens of Mountain Rescue volunteers, along with several search dogs, rushed to search the More Shelf Rocks after receiving information about a mountaineer in difficulty. As the night wore on, concerns grew and more and more volunteers were invited. Finally, the team established telephone contact with the missing party and discovered that they were not only safe and healthy, but also at home at a distance.

“It has happened twice in recent weeks,” Halley said. “We are always glad to hear that people are safe, but I cannot stress enough how important it is to inform us. If people do come down after calling an ambulance, it is vital that you let us know via 101. I am afraid that more of these false alarms will leave our rescue team when more walkers visit the area during the lock. overwhelmed and at risk of struggling to reach those who really need emergency help. “