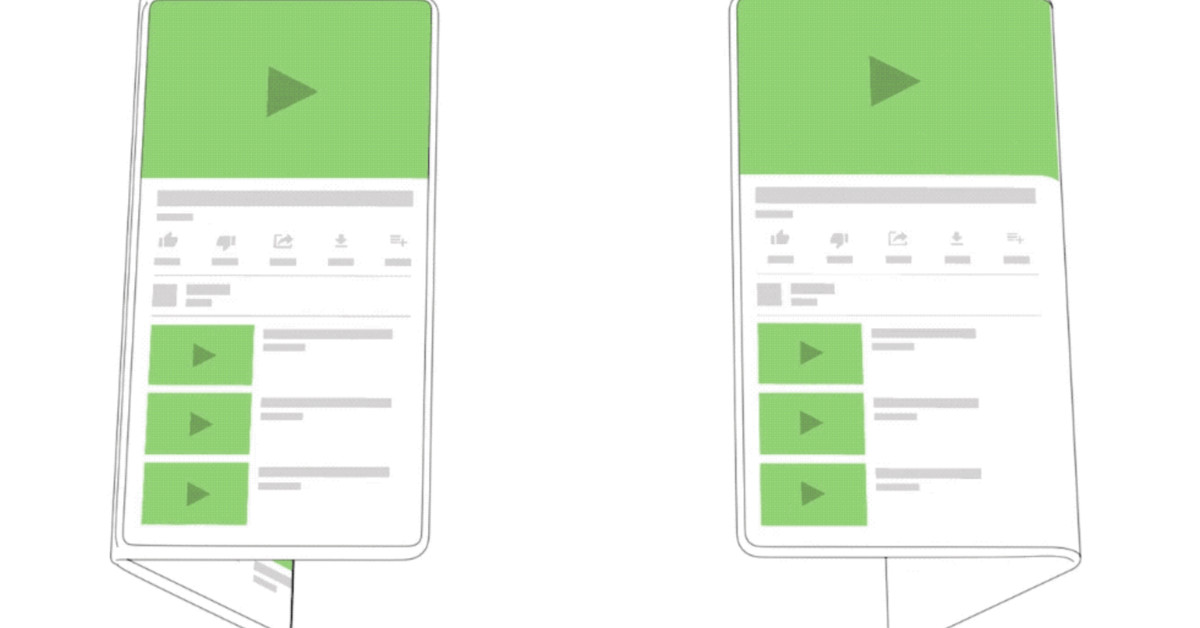 Google officially announces Android category support for which it has decided to call "Foldables". Speaking today at Android Developer Summit, VP engineer Dave Burke said that Google "is improving Android to use this new formal factor with little work as needed." But from now on, these improvements are mostly just instructions for programmers to start using existing functions which are embedded in Android.

If you have not heard, devices with switchable displays will become thing. Today is the day when Samsung will stop touching and start showing its phone with a foldable display at a conference for developers, which happens at the same time as the Google Summit. Google tells me that it is working closely with Samsung to develop Android folding. However, Google is focused on becoming a platform-level thing for Android that any OEM can use.

This is important because Google has been leading an incredible fight against fragmentation on Android, and the new formal factor is the potential point of failure. As manufacturers race to create a device, they need software that can support them. This race has already been included: a couple of days ago, The VergeNick Statt video is Roiole Flekpai, a Chinese Android phone that spills into the tablet.

If Google does not think about how this software works, each manufacturer would come to its own solution, and the ecosystem would really be really bad. Product Manager Product Manager Sagar Kamdar says Google "works closely with our OEM partners to ensure that we have the developer API surface".

Android phones will be weird again

The main way that Google today supports foldable displays is by referring the programmer to an existing function called "continuity of the screen." API's Android apps are used to know when the screen size has changed – for example, when you rotate the screen or if you use Android in the Chrome OS window. "This new formal factor therefore simply adds new cases of use to this existing form," Camdar says. Therefore, for Android applications that support folding displays, developers must ensure that they properly implement this function.

Camdar says this is already the case for most of the applications Google makes. But if you've been using Android apps on Chrome OS, you know that most third-party applications are still not so good in the window, which could lead to illnesses for folders. I asked if they would try to fix it out of the upcoming developers to update, and Camdard says that Google "is exploring many different ways to ensure a seamless user experience experience. I'm coming, but I'm not publishing anything today."

Android is not the only platform that fights for foldable display devices. Last month we looked at the prototypes Intel worked on. The devices that Intel wanted us to show were a double screen instead of folding, but it's pretty clear that the same ideas will apply.

Microsoft also says it is working on multiscreen devices, which would fulfill the dream of the old Courier concept. Panasonic's Panasonic Panasonic company, Microsoft Surface, said the Surface pocket device was "absolutely my baby."

As far as Google is concerned, it is definitely more about the Android support for this new foldable category. The company is not yet ready to discuss some basic issues, as Google will create a default startup screen for folders? Will there be better support for pulling and dropping on the screen on the full screen? Will the device manufacturers need to sign another type of Android license to create a switching phone?

However, the most important question is whether Google is on the ball or not, when it comes to preventing fragmentation on this new form factor. The answer seems to be.

Samsung will now show more of its plans (and I hope it's their device). Burke also announced some news that Google "has already worked closely with Samsung on a new device they are planning to launch early next year." Of course, we will of course have a report on when this happens later on today.