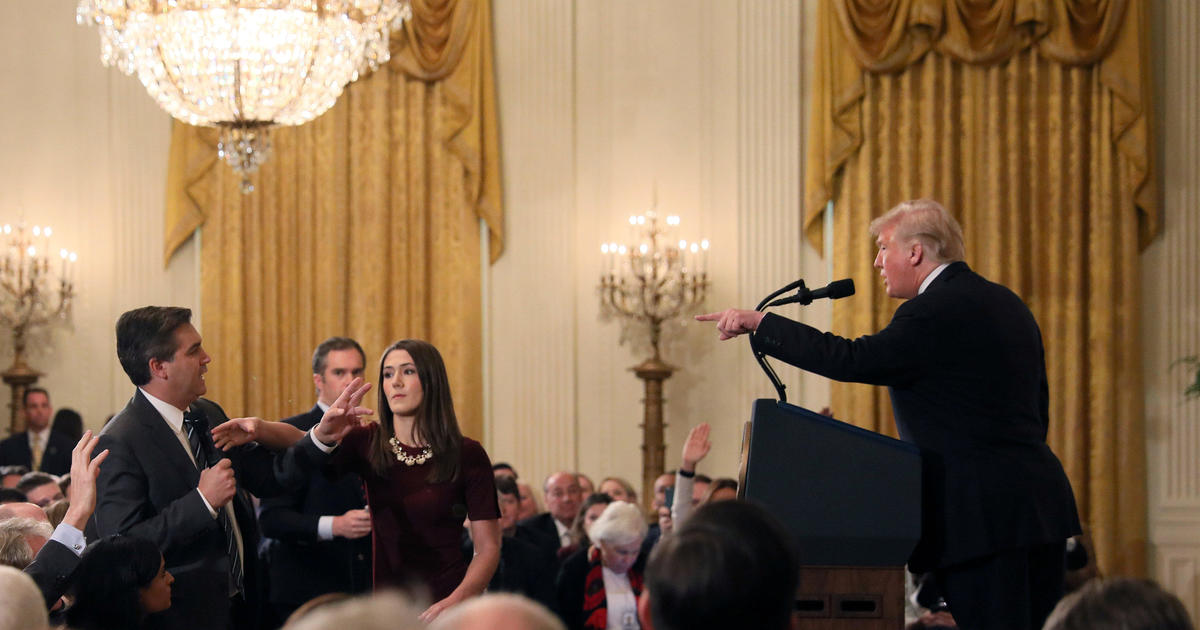 White House suspended journalist CNN reporter Jim Acosta on Wednesday, a few hours later he is fighting with President Trump at the press briefing. Acosta posted a video on Twitter, showing him that he was denied entry.

Earlier on Wednesday, Acosta questioned Mr Trump on his rhetoric about the caravan moves to the borders of the United States. Mr Trump was angry with Acosta and tried to turn to another question. A White House expert came to pick up Acosta's microphone, but Acosta moved and said, "Forgive me, ma'am," and tried to continue the examination.

Mr. Trump refused to answer, and then he said that CNN should "be embarrassed for doing it for them."

"You should be ashamed of yourself," Trump said. "The way you treat Sarah Huckabee is terrible … When you report false news, like CNN has a lot, you're the enemy of the people."

The White House said it suspended Acosta's "hard passage", which gave him the pressure to access the White House, as it would "never tolerate a journalist who handles a young woman just trying to do her job as a trainee from the White House." But the video shot at a press briefing shows that Acosta put her hand to the top of her as she tried to pull him away. It looked like an accident after he said, "Excuse me, ma'am," and I moved away from her.

Acosta tweeted The White House's statement was a "lie".

CNN has issued a statement stating that the press secretary at the White House, Sarah Huckabee Sanders, "lied" in her statement.

"This unprecedented decision represents a threat to our democracy and the country deserves better," said CNN's statement. "Jim Acosta has full support."