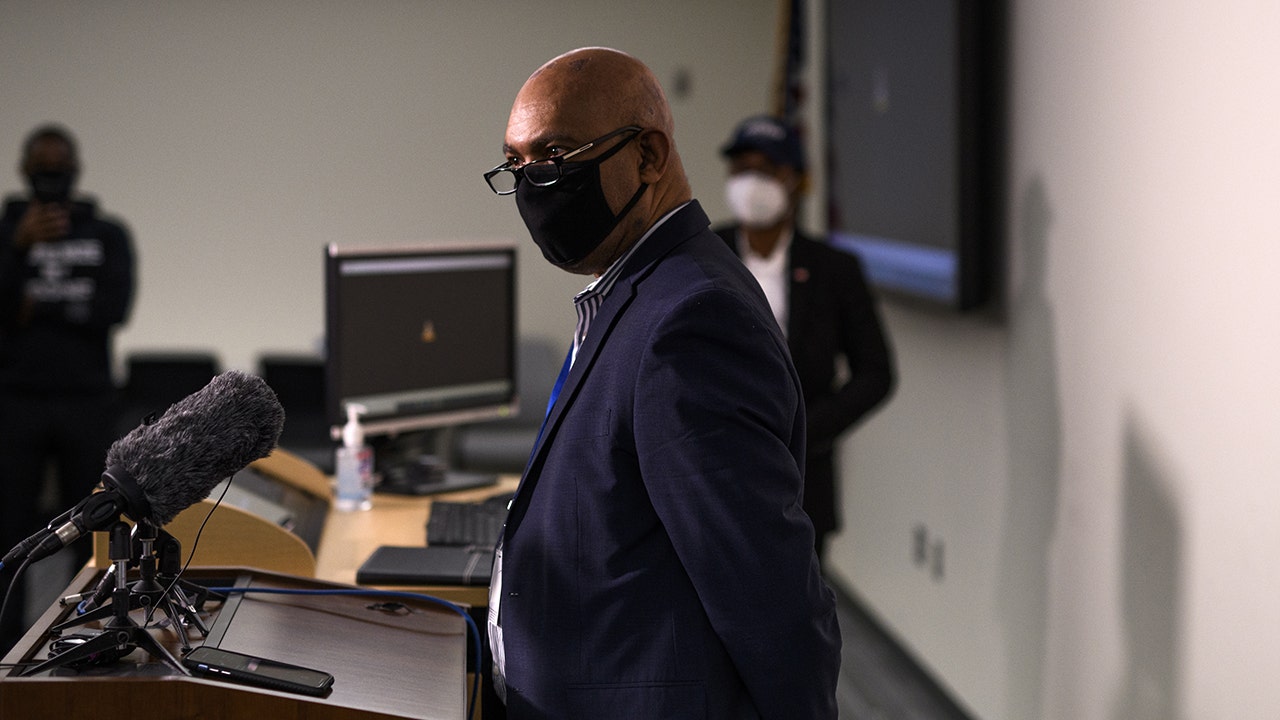 Brooklyn Center manager Curt Boganei was fired Monday night, hours after he publicly disagreed with Mayor Mike Elliott’s claim that a police officer who fatally shot a black man in a Minneapolis suburb should be fired immediately in response to the incident.

“Our city manager was immediately relieved of his duties, and the deputy city manager will take over his duties by moving forward,” Elliott wrote on Twitter. “I will continue to do my best to provide good leadership at all levels of our city government.”

BIDEN HURRY TO CALM DOWN AFTER DOWNT HELPS RIGHT, SAYS ‘WITHOUT JUSTIFICATION’ FOR VIOLENCE, CRY

Daunte Wright, 20, was fatally injured while stopping traffic. Footage of Bodice shows three police officers gathered near a stopped car that police said was stopped due to the expiration of registration. Police tried to arrest the man, later identified as Wright, for an unannounced warrant. A fight ensued, followed by a fatal shooting.

Brooklyn Center Police Chief Tim Gannon said the officer who shot and killed Wright intended to fire a Taser, not their official weapon. Authorities did not release the name of the female police officer involved in the shooting.

The Brooklyn Center City Council voted for the dismissal of Boganei, a long-term city official, during an emergency meeting, the Star Tribune reported. At the same meeting, the council voted to give the mayor command authority over the city police administration.

During a virtual workshop after the meeting, Council member Chris Lawrence-Anderson said she voted to fire Boganei for fear of potential retaliation from protesters if she did not do so, the paper said.

“He did a great job. I respect him very much,” Lawrence-Anderson said. “I didn’t want consequences on a personal level.”

Both Elliott and Boganei addressed potential disciplinary measures against the police officer during a press conference earlier that day. At the time, Elliott demanded the dismissal of the officer.

“To be very clear – my position is that we cannot afford the mistakes that lead to the loss of other people’s lives in our profession,” Elliott said. “I fully support the release of officers from her duties.”

Before leaving the rostrum, Elliott noticed that Boganei, as the city manager, had the authority to determine whether the officer would be fired. Boganei noted that he would not immediately take measures to remove the officers.

“All employees who work for the city of Brooklyn Center have the right to due process with respect for discipline,” Boganei said. “This employee will get the proper procedure and that’s really all I can say today.”

When he was pressured whether he personally felt that the policeman should be fired, Boganei asked for the procedure again.

“If I answered that question, I would be in contradiction with what I said a moment ago – which means that all employees have the right to the prescribed procedure, and after that procedure, discipline will be determined,” Boganei said. “If I were to say anything else, I would actually be at odds with the idea of ​​due process.”

This is a striking story. Check for updates.