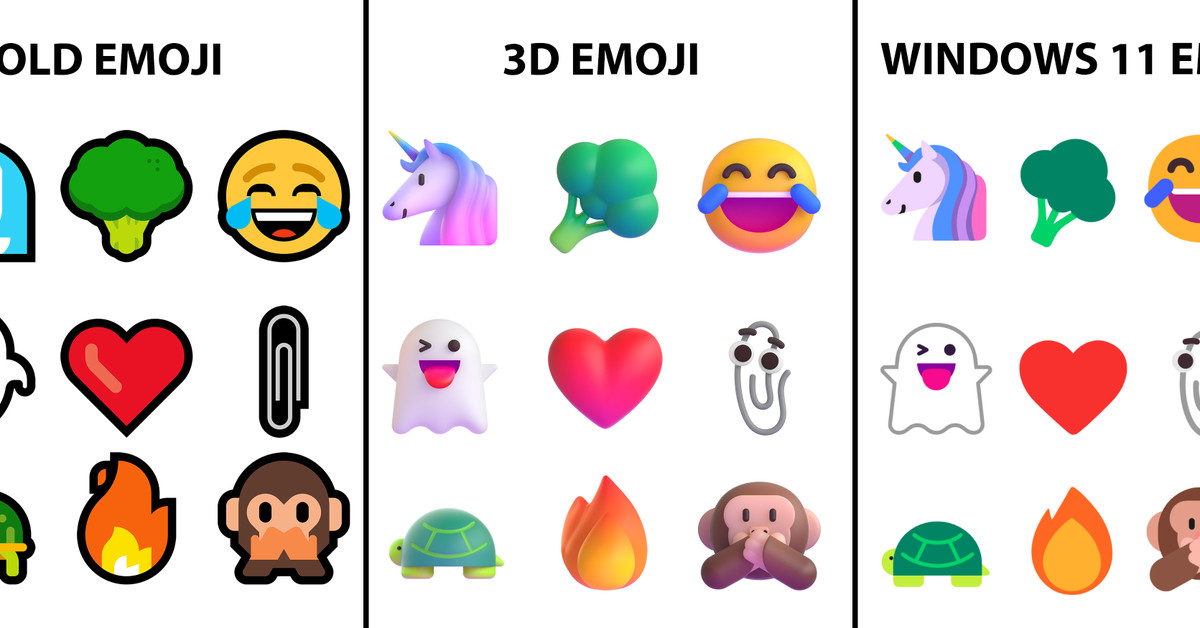 Microsoft originally promised new 3D emojis for Windows 11 and various other products earlier this year. Now the company has opted for a 2D flat look instead, with new emojis debuting this week in the Dev Channel versions for Windows 11.

The style is very different from the 3D emojis that Microsoft promised in July, and even in recent tweets from the official accounts of Windows Twitter. Microsoft seems to have changed its mind about 3D entering Windows 11. “We use 2D versions for Windows 11“, Says Brandon LeBlanc, senior program manager in the Windows Insider team. LeBlanc also says that Microsoft “used the wrong graphics”In recent tweets.

It’s not clear why Microsoft didn’t adopt its 3D designs in Windows 11, despite promises to do so, but it’s probably because a flatter 2D design works better in more applications. 3D designs also look different on different screens and resolutions, so Microsoft probably decided on a 2D design for a more consistent representation of its emojis for all Windows 11 users.

We still expect 3D style to appear elsewhere in Microsoft products, especially in Microsoft teams where there are animated emoticons. The new emojis in Windows 11 also include the return of Clippi, as Microsoft has removed standard emojis from staples with its Clippi logo. Microsoft is testing this emoji in newer versions of Dev Channel for Windows 11, but it is expected to be introduced to all users soon.