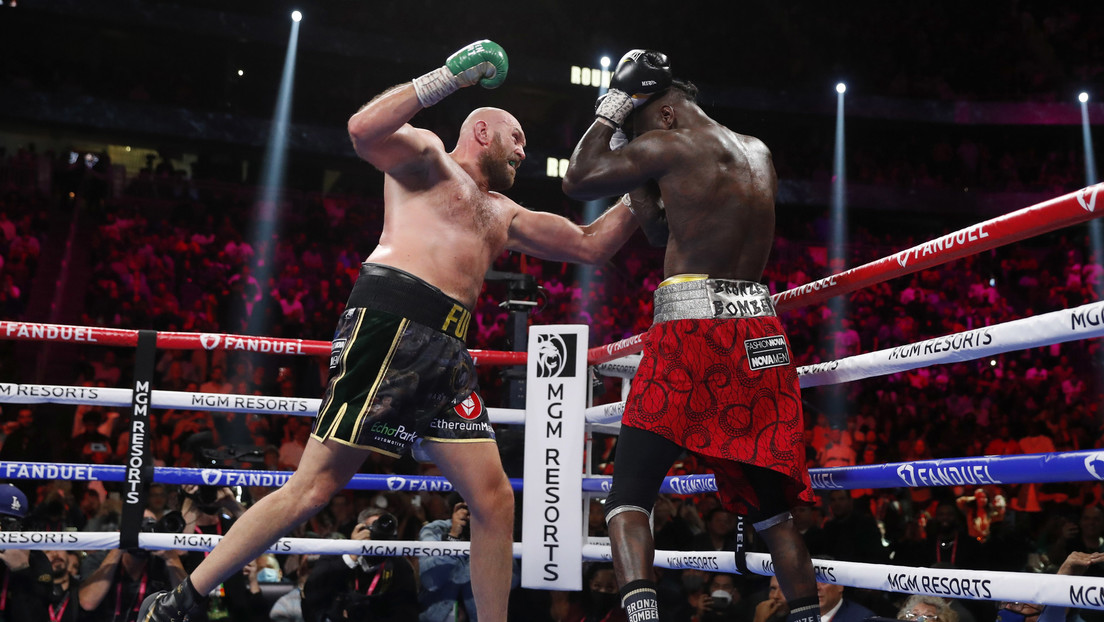 With this conflict at the T-Mobile Arena in Las Vegas, the trilogy between these two champions, which began in 2018, culminated.

Fans went online to comment on the victory of British boxer Tyson Fury in his third and epic fight against American Deontay Wilder.

“Wilder when Fury got up twice in the fourth round.”

“Wilder raises his hand against Fury, crazy,” said another.

“How the black part of Twitter is begging Deontai Wilder to knock out Tyson Fury,” one user joked.

“The only fight that makes sense now for Tyson Fury.”

The ‘Gypsy King’ defeated his opponent by knockout in the 11th round, despite being sent to the canvas twice in the fourth ’round’. The rematch between the two boxers was postponed several times for various reasons, including a coronavirus pandemic.

On the eve of the long-awaited fight, they both promised to finish their rival by knockout. “Do yourself a favor and retire from boxing. Your legacy is in pieces,” the British ‘Gypsy King’ said (30-0-1, 21 by knockout). In return, the American ‘Bronze Bomber’ (42-1-1, 41 by knockout) said he would only need three rounds or even less to finish the opponent by knockout.

This conflict at the T-Mobile Arena, in Las Vegas, culminated in a trilogy between the two champions that began in 2018. That first match ended in a controversial draw, because many spectators believed that the British had won.

They met again on February 22, 2020, and on that occasion, Wilder lost the WBC title. The former champion attributed his defeat to the fact that the spectacular armor with which he came out disguised as a ‘ring’ was too heavy and impaired his performance.