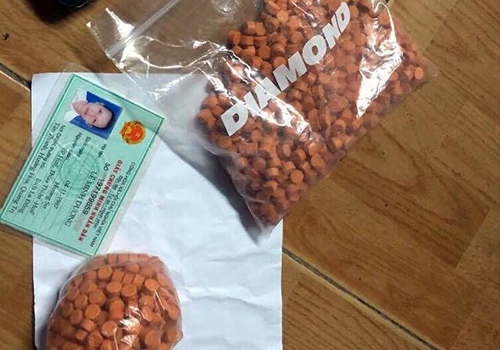 Under the cover of staff for the oil company, Duong received the drug to sell to the addicts to make a profit.

Duong went to Da Nang to work as an oil company employee. Every day, when delivering goods to the company, Duong gets a drug addict. Police Da Nang closely monitors and sets up the project.

On the morning of March 14, the police police decided to destroy the case. Duong was caught when it was storing 800 tablets of synthetic drugs while it was usually delivered.

The police seized mobile phones, along with 18 million dongues. According to the investigation, that person had a criminal conviction for the purchase of illegal drugs and release from prison in December 2016.

The police are intensively investigating, clarifying other suspects involved in this line.