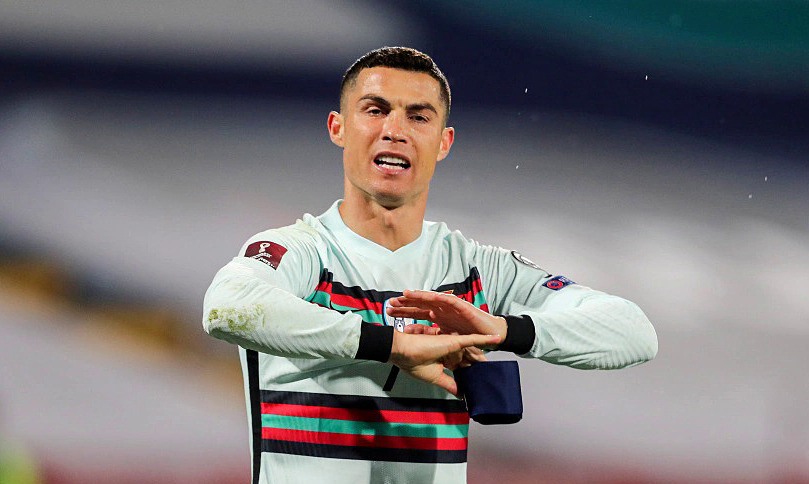 After 408 bids, the captain’s armband was thrown by Cristiano Ronaldo in the Portuguese draw with Serbia 2-2 on March 27, successfully at auction.

The Portuguese captain’s armband has been posted on the Limundo auction website. Because of all the money spent on the operation of a six-month-old baby with spinal muscular atrophy, many people competed in the race for items taken from the Red Star Stadium in Belgrade.

The final auction number is close to $ 75,000, after 408 bids. However, the Limundo website did not reveal the identity of the owner of the bandage, which was lifted from the ground by a Serbian firefighter – Djordje Vukicevic.

“Ronaldo was upset. He threw the captain’s armband and it fell right next to me,” said Vukicevic. Reuters. “We all agreed that the income would go to little Gavril.

Gavril Đurđević (Gavrilo), six months old, lives in the city of Kragujevac, the fourth largest municipality in Serbia. She has spinal muscular atrophy and needs about $ 2.7 million for surgery.

Earlier this week, Gavril’s mother, Nevena, received nearly $ 700,000 in donations to treat her son. “It’s amazing, a lot of people are willing to take money to sell the captain’s armband to help my child,” she said.

Ronaldo threw the Portuguese captain’s armband on the field in overtime, when the referee did not recognize the goal in the situation that the 36-year-old superstar transferred the ball next to the Serbian goal line. After throwing the captain’s armband, the former Real Madrid player left the field on his own. The match ended a few minutes later, with a 2-2 draw.

Hoai No (according to Sun)

During his visit to Vietnam and Singapore, US Vice President Harris will focus on the East Sea issue

The view is super nice, there is a gym and a good pool

The road punished the male shipping company for leaving after 18:00, and the conversation after that warmed everyone’s heart