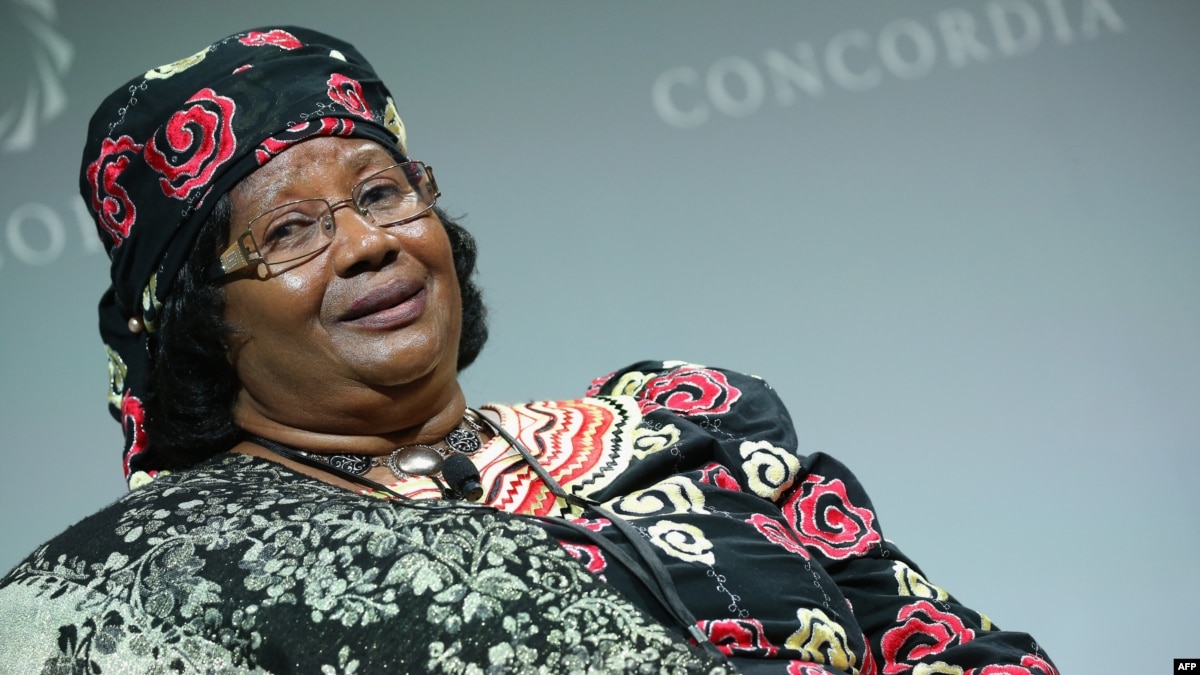 Former Malawian president Joyce Banda, the country's first female leader, has withdrawn from the presidential election in May to back the main opposition candidate, Lazar Chakvera.

Ackson Kalaile Banda, People's Party spokeswoman Joice Banda, said the group decided to work with a party of the congress in Malawi or the MCP, as they realized that no opposition candidate could win the May election alone.

Joice Banda became the first woman in the country in 2012, after the then president of Bing-va Mutharika died after a heart attack.

However, her mandate was violated by a corruption scandal known as Cashgate, in which more than $ 32 million was sucked out of the Treasury.

More than 70 suspects, including businessmen and high officials of the gang administration, have been arrested.

Foreign donors suspended contributions to the country's budget, and Banda lost the 2014 elections for the brother of late president, current President Peter Mutharike.

Eisenhover Mkaka, Secretary General of the MCP, told Voice of America that the new deal with the Bank Party is a major incentive to win Chakwera.

"Dr. Joyce Banda still has some support," Mkaka said. "And her withdrawal from the race means that those who were behind her will be gathered behind the Chakvera."

Political analyst Vincent Condove says Chakwera would be better off without Bande.

"Because Joyce Banda is the burden that the MCP will have to explain as far as Cashgate is concerned," Condove said. "And besides, here is a candidate who lost the election when he was the current president. That should tell you the story of her political insight."

However, Mkaka disagrees, pointing out that Banda has never been prosecuted for any role in Cashgate.